This tag is associated with 2 posts

Tony is a Professor of Glaciology in the School of Geographical Sciences and has a BSc in Environmental Science from the University of Stirling and a PhD in Geography from the University of Edinburgh. His PhD focussed on the numerical modelling of former ice sheets. Tony’s work today mainly centres on the development and application of numerical models of glacier and ice sheet flow in order to understand the evolution and dynamics of ice streams, and their effect on the stability of ice sheets. He has a particular interest in modelling the evolution of  Pine Island Glacier in West Antarctica.

Tony is a co-director of the Centre for Polar Observation and Modelling (CPOM) and was heavily involved in the recent European project ICE2SEA. Tony is also a lead author of the chapter on sea level change in the very recently published 5th IPCC report. 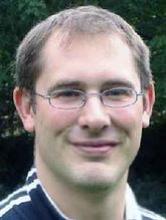 Dan Lunt is a Reader in Climate Science in the School of Geographical Sciences and has an MPhys from the University of Oxford and a PhD on modelling the dust cycle during the Last Glacial Maximum from the University of Reading. His research interests are broad but with a particular focus on climate – ice sheet interactions during the past and in the future. Dan aims to understand the mechanisms affecting past climate change using a model-data synthesis approach . This allows models to test hypotheses derived from interpretation of paleo-data while also providing the data community with information where useful data can be collected to test new hypotheses derived from models.

Dan is an  executive editor of the EGU journal, Geoscientific Model Development, which is primarily for model descriptions, from box models to GCMs. The philosophy behind the journal, is to improve rigour and traceability in climate modelling.  He is also involved in the iGlass related European Project Past4Future and is a contributing author of the chapter on past climate change in the 5th IPCC report.

Joy Singarayer is an Associate Professor of Palaeoclimatology in the Department of Meteorology at the University of Reading, having recently left the School of Geographical Sciences at the University of Bristol.  Her interests  are in Quaternary climate change and further back in time with an emphasis on understanding interactions between humans, land cover/use, and climate, prehistoric and present.

Apart from iGlass, Joy has been and is involved on the following projects: terrestrial methane cycling during Paleogene greenhouse climates (NERC), the Palaeoclimate Model Intercomparison Project (PMIP3) – LGM and Holocene terrestrial carbon fluxes and climate, climate change in the last glacial cycle (BBC) and cooling the climate with crops using biogeoengineering (DEFRA).

Emma Stone is a Research Associate in the School of Geographical Sciences. She has been at Bristol since 2006 where she completed a PhD (supervised by Dan Lunt and Paul Valdes) on the impact of vegetation feedbacks on the evolution of the Greenland ice sheet under future and past climates.  Previously Emma undertook an MEarthSci at the University of Bristol and an MSc in Applied Meteorology at the University of Reading.  She is particularly interested in understanding climate – ice sheet interactions during past warm periods.

As a researcher for the European Past4Future and iGlass projects, Emma uses climate models of various complexity to model the climate interactions during the Last Interglacial (LIG) period with an emphasis on model-data comparison and is currently working on developing a robust statistical methodology for model-data comparison.  The climate output will be used in conjunction with ice sheet modelling to predict sea-level change during the LIG.

Matt Whipple is a PhD student in the  Geographical and Earth Science Departments and is supervised by Mark Siddall, Eric Wolff, Joy Singarayer and Dan Lunt. Before starting his PhD in 2011 Matt completed a BSc in Geophysics at the University of Liverpool. His PhD is funded by the iGlass project and is focussed on  investigating changes in the Antarctic ice sheet and contributions to sea level during the LIG, and other past warm periods.  He  uses several methodologies which involve combining output from glacio-isostatic adjustment models, climate models, and ice core isotope records.